PLAYISM has announced that Gensokyo Night Festival’s early access and Touhou Luna Nights’ soundtrack have released today. For Gensokyo Night Festival, it was developed by solo developer tea_basira over the course of four years. It stars Suika Ibuki, who wants to have a fun rampage across Gensokyo. The game itself is meant to be a lovingly made pixel art venture, explaing the four year wait. It is to feature high combo action, as well as a degree of exploration. It is to cost $12.99, with a 10% discount at launch.

As for Touhou Luna Nights, it features 26 tracks, one not featured in the current version of the game. It was composed by peposoft, and there was a high demand for the soundtrack to be released. The soundtrack costs $7.99, with a 10% discount as well at launch.

PLAYISM (https://playism.com/ja/) the publishing arm of Active Gaming Media (CEO: Ibai Ameztoy Head Office: Osaka, Nishi-ku http://www.activegamingmedia.com) and Why So Serious? (formerly Vaka), are proud to announce that the early access version of “Gensokyo Night Festival” developed by tea_basira and the soundtrack of ”Touhou Luna Nights” will be released on Steam on 14th October 2019. 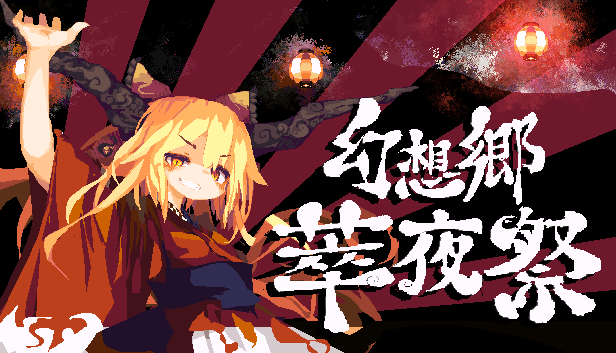 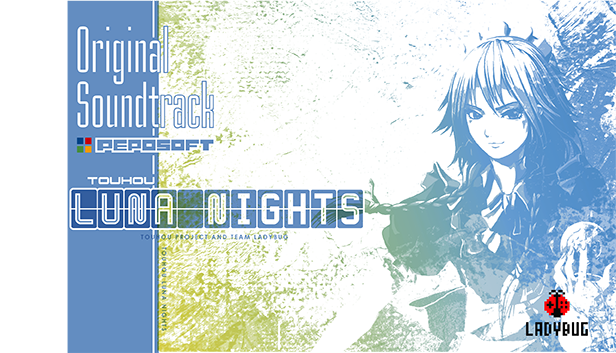 The initial tweet announcing the game was in development was retweeted over 3000 times and received over 5000 likes and when exhibited for the first time in August at a Touhou only event in Shanghai it garnered further attention from around the globe. In September the game was exhibited once again with long lines forming for a chance to demo the game and was also nominated for the Dengeki Online Indie Game award.

The protagonist is popular Touhou Project character Suika Ibuki. It has been some time since the last Hakurei Shrine Festival and Suika decides that it is the perfect time for her to have a little rampage around Gensokyo. This work is the first game made by developer tea_basira and in a bid to receive feedback from users around the world to improve the game, it will go into early access this month. The early access version will constitute approximately 15% of the content of the 1.0 release and development will continue towards full release in stages while taking user feedback into account. 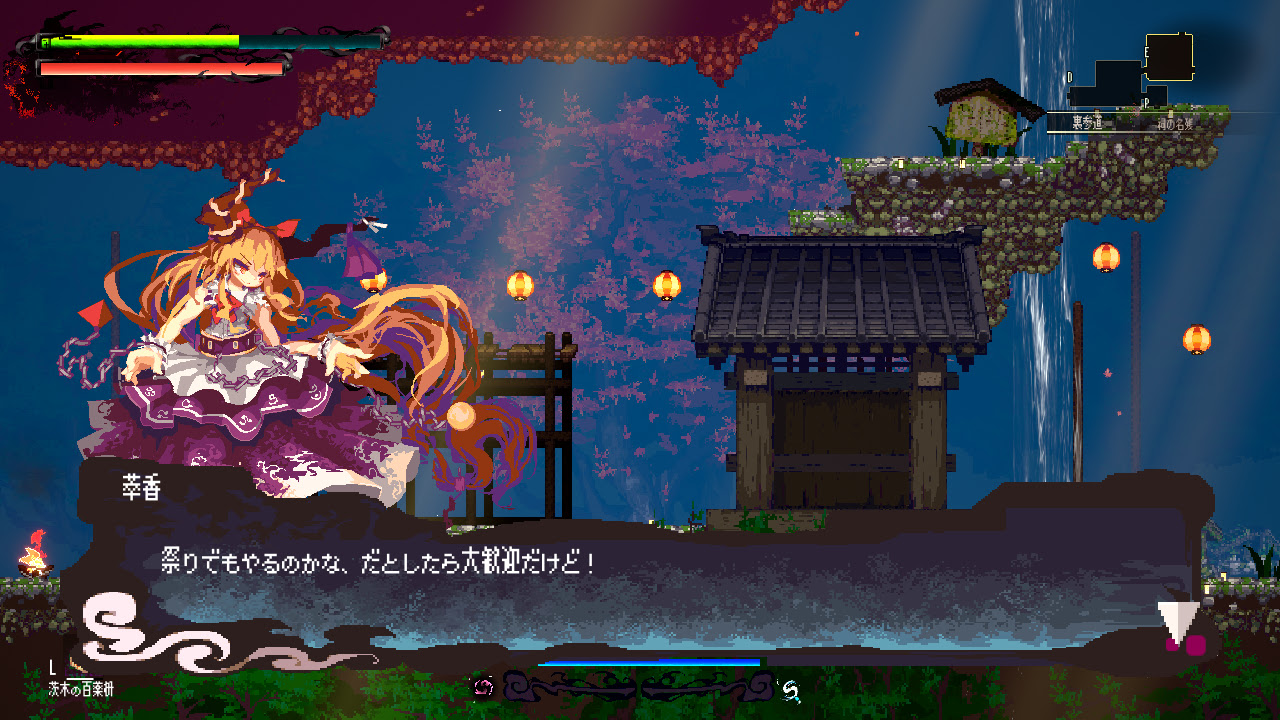 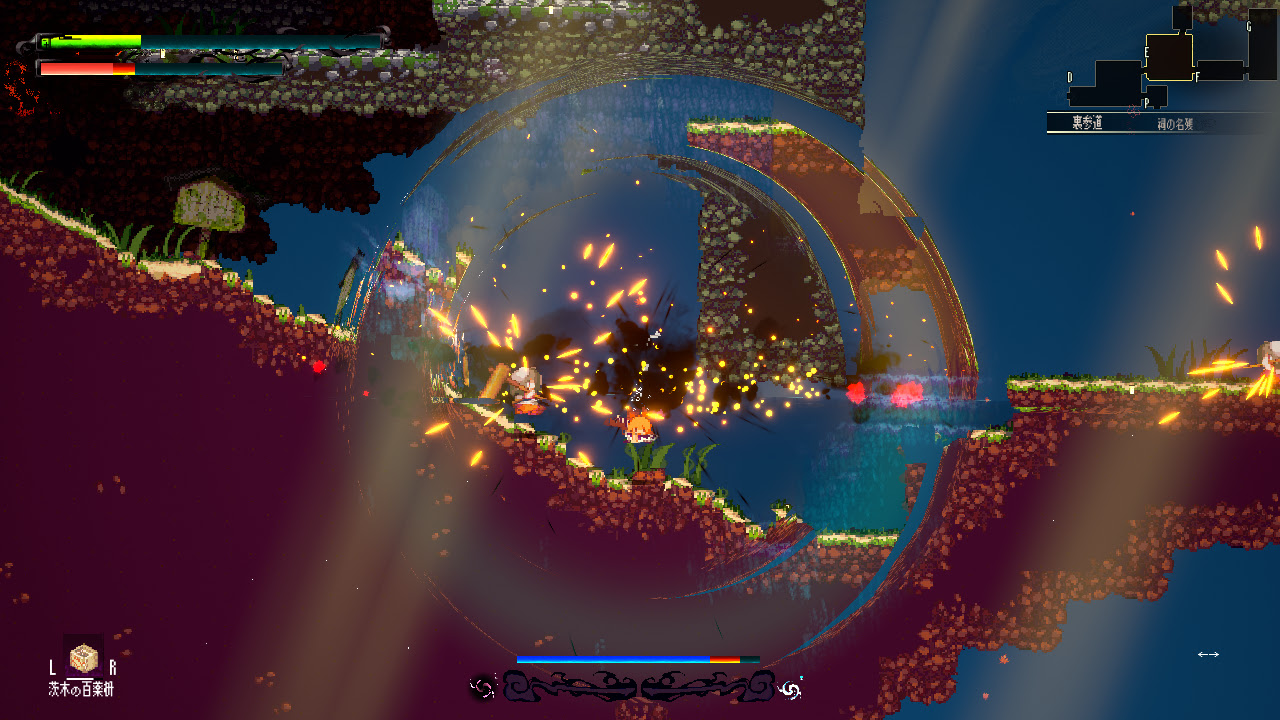 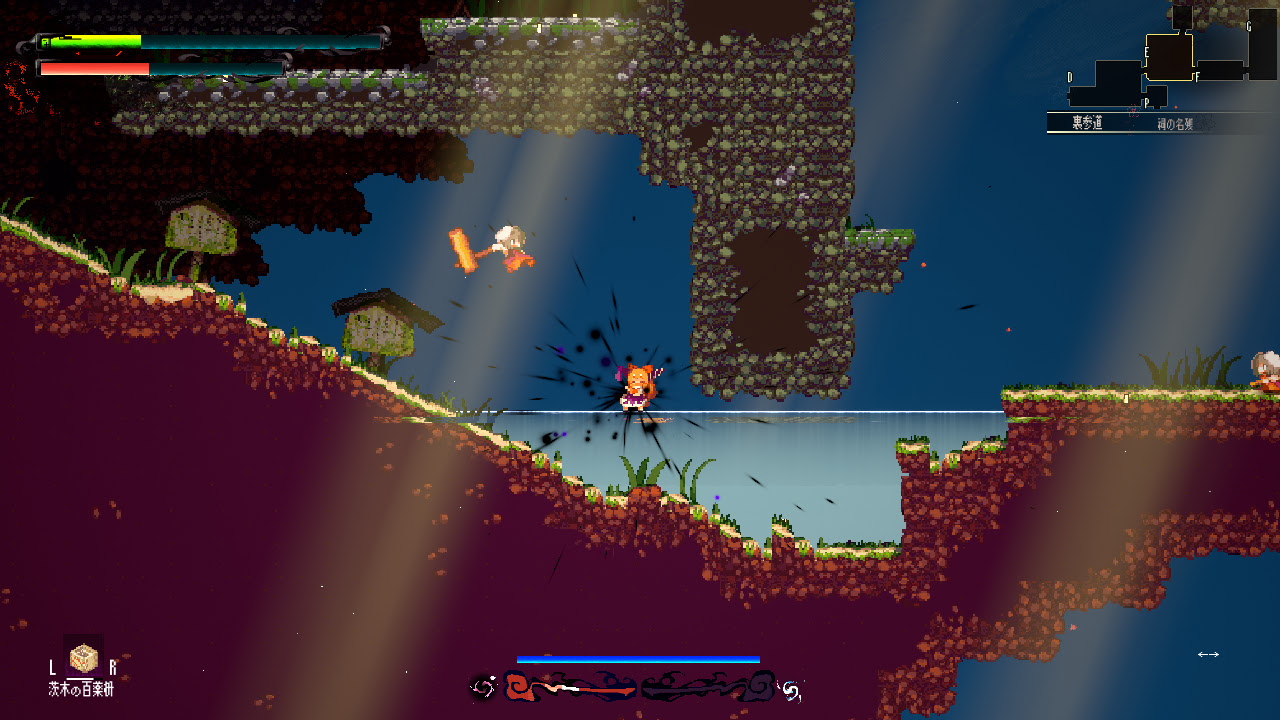 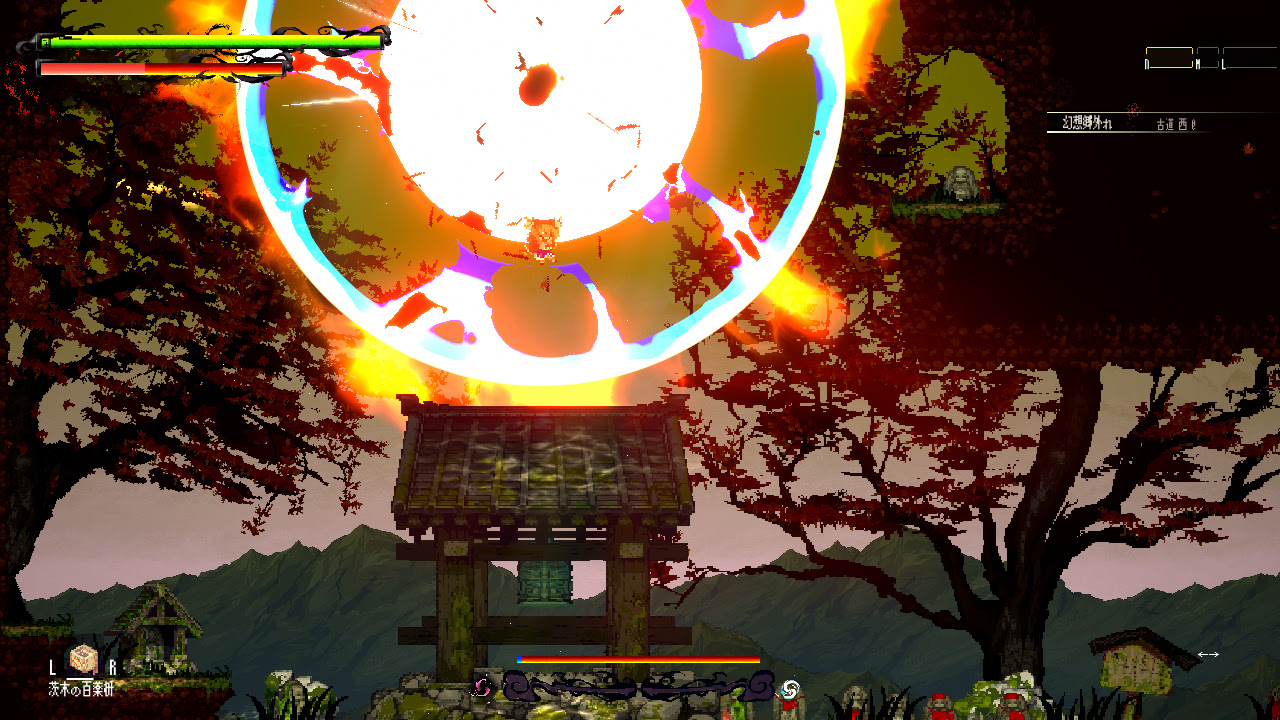 Although she may appear cute, Suika is a demon and therefore extremely powerful. Use her abilities to unleash devastating physical attacks, ranged attacks and counters and string them together in satisfying combos. Also Suika has the ability to control density, using her Density charge and Sparsity charge you can add effects to her combos to make them even more devastating. If you get the hang of her combos it is even possible to deliver over 100 hit combos. Furthermore, this game has the Touhou Project games classic game mechanic of Graze dodging. Using this you can dash through enemy attacks and execute counters by circling around behind them or avoid otherwise unavoidable attacks.

A gorgeous world, painstakingly created by one developer over 4 years.

The developer spent a long time creating the world of Gensokyo Night Festival and it shows. The scenery and the pixel animations are beautiful throughout. The visual effects are also stunning, especially during boss battles where all of the attacks going on appear reminiscent of a fireworks display. The beautiful maps and effects promote world exploration, where new areas reward players with new sights, sounds and enemies. 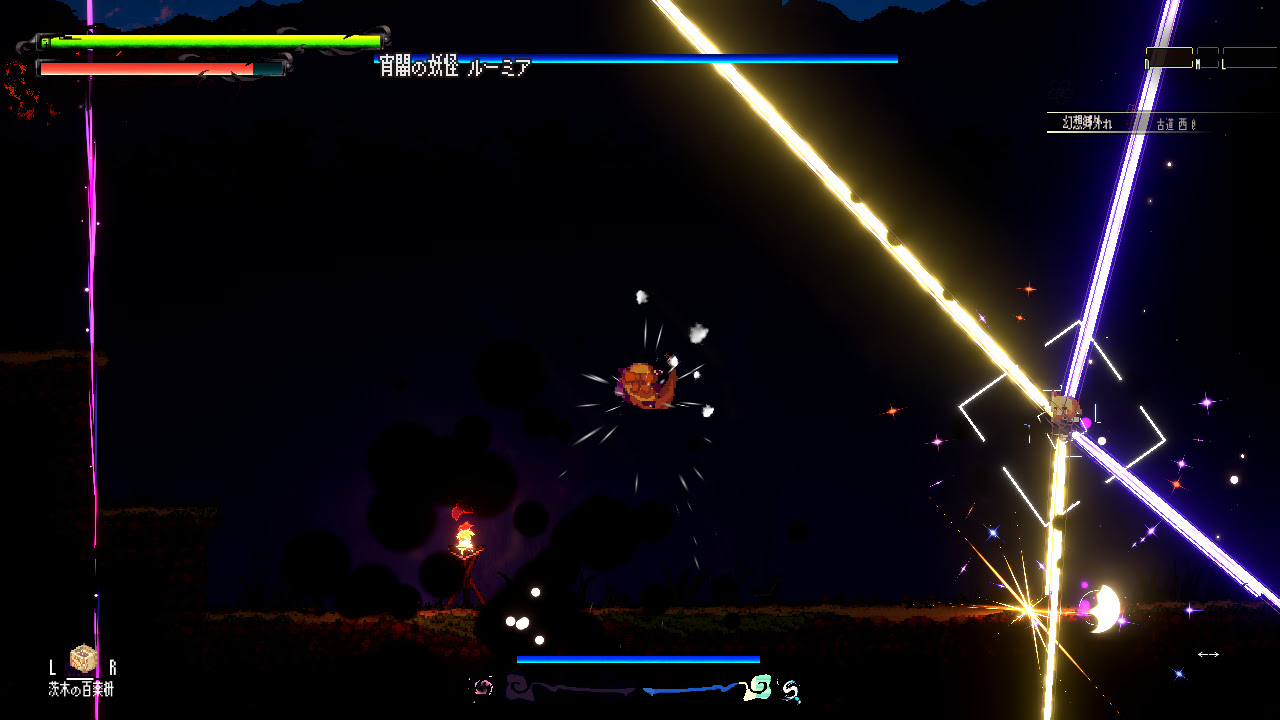 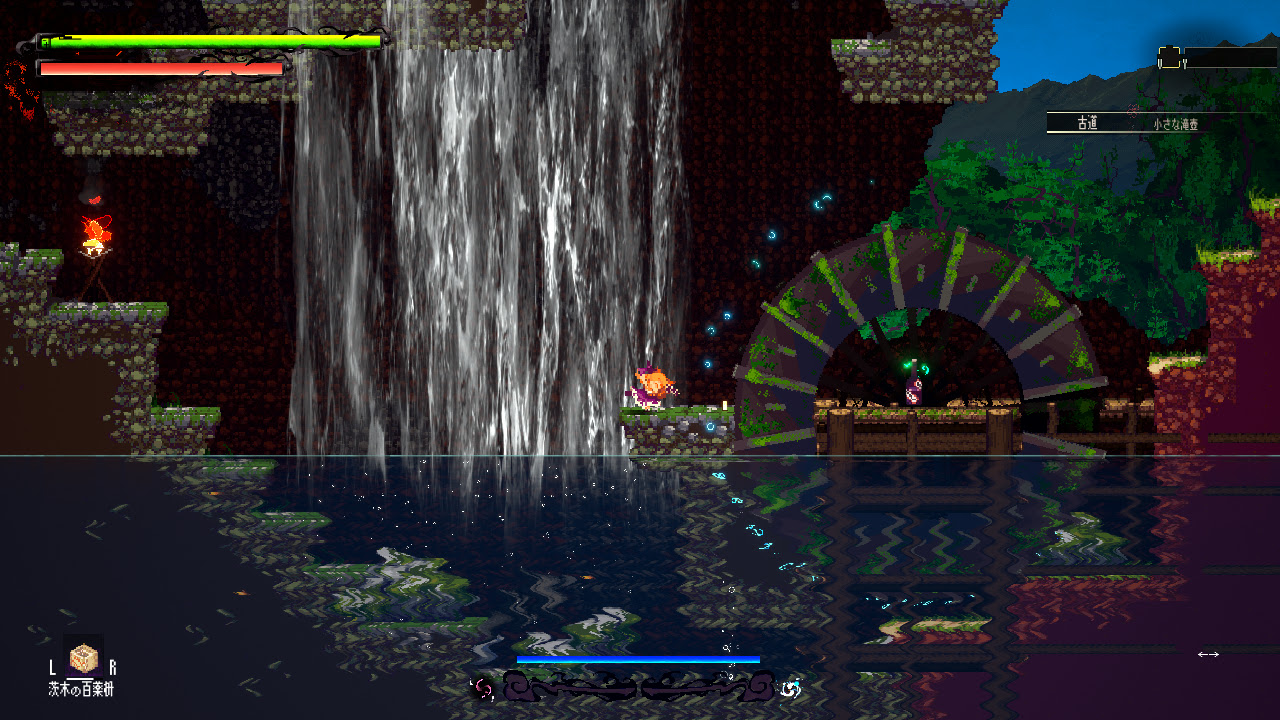 The original soundtrack to Touhou Luna Nights, another Touhou spin-off 2D action game, will be released on the same day as Gensokyo Night Festival. Touhou Luna Nights is a critically acclaimed title which sold over 100000 units worldwide and the soundtrack is beloved by many fans.

Since its release fans have lauded the song arrangements by peposoft and have been calling for the soundtrack to be released.

The soundtrack contains all 25 tracks currently in the game and also an extra track, which will accompany a boss battle set to be added into the game in the near future, for a total of 26 tracks. Along with this announcement we have made a promo video available to view where you can get a taste of the sheer quality of this soundtrack so please check it out.

15 – Event – Scarlet Beyond a Crimson Dream

20 – Ending 1 – Crimson Beyond a Fleeting Eternity

“Night of Knights / Knight of Nights” is a rearrangement of the popular song by Beat Mario and is highly popular among the Touhou fans along with “Septette for a Dead Princess” and  U.N. “Owen Was Her?”.

Fans of Touhou Luna Nights/Touhou Project and new fans alike are bound to love this soundtrack.