Announced at Nintendo Indie World, Skellboy is releasing exclusively on the Nintendo Switch on December 3rd. It is developed by Umaiki Games, published by Fabraz. You take control of resurrected protagonist Skippy, a hero of old, on a new adventure to defeat the evil court wizard who was dumped by the princess. An action-RPG, you are able to swap body parts due to being a skeleton. The world of Cubold is an inter-connected vibrant world with plenty to explore. There is a trailer for the game, linked down below. The game will also be available to demo at the Nintendo booth at Gamescom. It will also be present at PAX West in the Indie MEGABOOTH.

Did you spot Skellboy during the Indie World stream by Nintendo?

Skellboy is exclusively launching on the Nintendo Switch December 3rd 2019!

Check out the brand new trailer above or play the game in the Nintendo Booth at Gamescom!

We’ll also be present at Pax West in the Indie MEGABOOTH area! 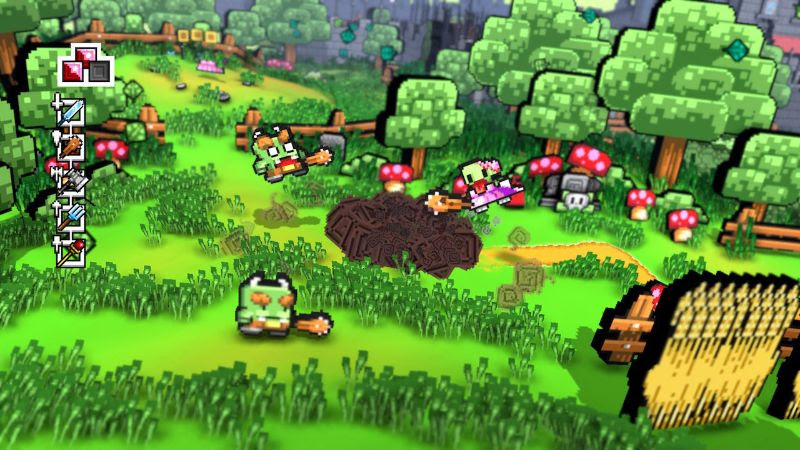 Life was peaceful in the Cubold Kingdom until the king’s evil court magician got dumped by the princess. With his heart broken and his rage fueled, he called upon the evil spirits to resurrect the dead and the kingdom’s long forgotten monstrosities. What he doesn’t realize in his fury is that he accidentally summoned an ancient hero as well… Skippy! Travel across the beautifully rendered kingdom of Cubold and take full advantage of your resurrected, skeletal body!

Swap out body parts to acquire new abilities during your adventure or pick up a new weapon to vanquish the evil magician’s lackeys. Onwards, Skippy, it’s time to be a hero once more!