Everreach: Project Eden is the biggest game to date for Elder Games, a former one-man studio. Shown off in GDC 2018, it has just got announced for PC, Xbox One, and PS4. Spearheaded by Ede Tarsoly, it is a 3rd person action RPG. It is to feature tactical combat on the ground, vehicles, and an interesting progression system. The main character is Nora Harwood, a member of Everreach’s Security Division. She is to secure the colonization process on the planet of Eden. Investigating mysterious incidents, it is time to explore the vast planet and find the past of a long lost civilization.

The PC and Xbox One versions are to release this September, whereas the PS4 version will follow later in the year. It is published by Headup. The main game is to feature 8 hours worth of story to play through. For more information, please read the press release down below, as well as see the reveal trailer. 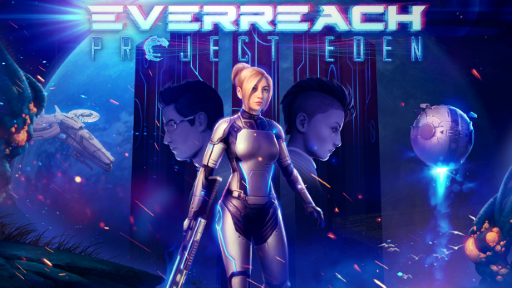 “Everreach: Project Eden”
Announced for PC, Xbox One and PS4

Dive into an epic sci-fi action RPG on a breathtaking planet
July 15th, 2019 – After three years in development, Headup is proud to finally reveal Ede Tarsoly’s new masterpiece Everreach: Project Eden, a fast-paced, story-driven 3rd person action RPG set on the visually stunning Planet Eden. You won’t have to wait long as Everreach will release on PC and Xbox One this September, while the PlayStation®4 version will follow a bit later this year.

Ede decided to think big, and for the first time he turned his former one-man  studio Elder Games into a team of five people, plus over a dozen of external freelancers. Together they created a massive 3rd person adventure packed with tactical ground combat, high-speed vehicular warfare and a compelling level and skill system. 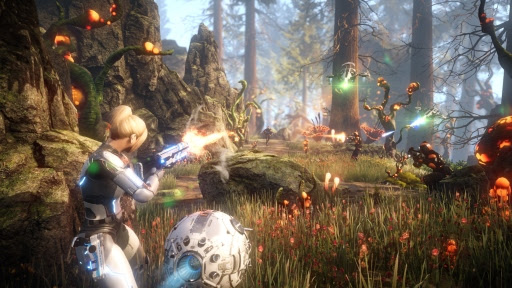 Fight your way through lush forests 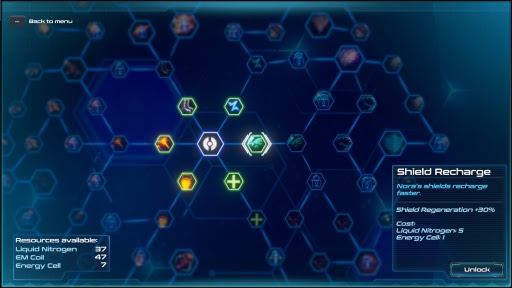 Develop your abilities via 3D skilltree
In Everreach: Project Eden you play as Nora Harwood, member of Everreach’s Security Division, on a mission to secure the colonization process of Eden and investigate mysterious incidents. Explore this vast alien world and descend into the planet’s depths to discover the ancient secrets of a long-forgotten civilization. Packed with intense shooter action, and a compelling level and skill system, Everreach immerses you in its intriguing story and diversified gameplay.

In addition to his new team, Ede received some help from a group of talented external contributors. For example, Planet Eden’s beautiful vistas were co-designed by Mai-Anh Tran, an artist who worked on sci-fi movies such as WarCraft and Star Trek: Beyond. Furthermore, there is Michelle Clough who helped create the game’s enthralling story. She was the former narrative QA and game writer for the Mass Effect trilogy. And even one of the voice actors, D.C. Douglas (“Legion” in Mass Effect 2 and “Wesker” in Resident Evil) adds perfectly to the atmosphere of Everreach: Project Eden.

Without further ado, here is the Reveal Trailer to the game:
https://www.youtube.com/watch?v=4jmRxoVpXEA
Everreach: Project Eden will be release on PC (Steam Page) and Xbox One in September, the version for PlayStation®4 will follow a bit later this year.

You’re not only exploring the planet by foot
Features:

Headup is a hybrid games publishing and development company providing players worldwide with the best content in the independent gaming sector. Established in 2009, it is active on all major platforms such as consoles, mobile devices and PC, and was awarded as “Best Publisher” at the German Developers Awards in 2012, 2013 and 2017. With over 80 million customers served on mobile and further several million players on the PC and consoles, Headup is always looking to raise awareness and commercial success for developers thinking outside the box. More information can be found at www.headupgames.com.

Founded in 2007, Elder Games is an independent game development team. From 2007 to 2016, Elder Games had mostly been a “one-man army”. During that time, developer Ede Tarsoly collaborated with external freelancers to realize his projects.​

Since the end of 2016, Elder Games has a core team of five people and works with over a dozen external freelancers. Our current projects are Everreach: Project Eden and SHARD. For more information check out www.eldgames.com.