For Happinet’s Haunted Dungeons: Hyakki Castle, it is about to release on both PS4 and Switch. It’s set to release on August 30th, for $13.99, €11.99, and £10.99 in their respective areas. Originally on PC, the game itself is set in the Edo period of Japan where the player must assemble a party to traverse the dangerous Hyakki Castle. The main gimmick of the game is that the party itself can split off into different groups, allowing for more puzzle solving and battle strategies.

With a rebel mastermind nested within the castle, the party of four must face numerous yokai and traps that require strategy and quick-thinking. The UI itself has been updated for consoles, as well as for beginners. It will release digitally on PSN and the eShop only. 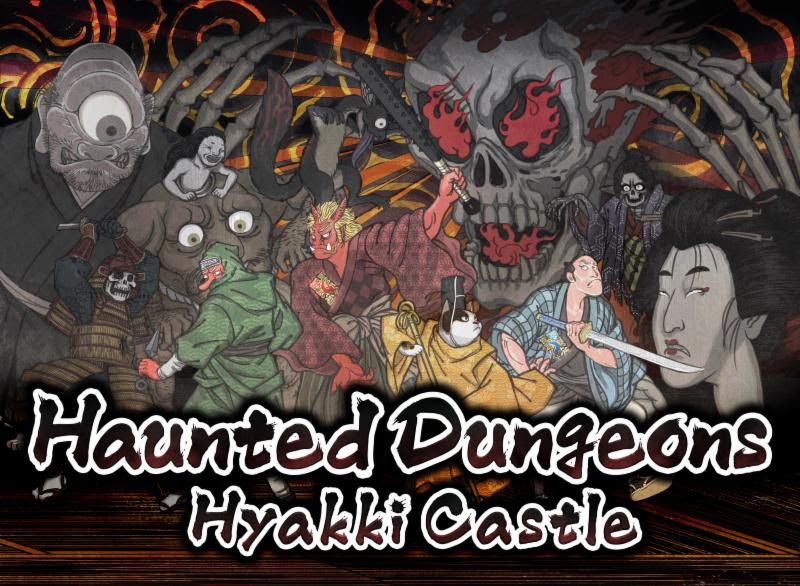 Are You a Dungeon Master? Find out When
Haunted Dungeons: Hyakki Castle Releases on PlayStation®4 and Nintendo Switch™ on August 30
Storm the Demonic-Infested Castle and Defeat Hideous Monsters and Bosses from Ancient Japanese Folklore
TOKYO, JAPAN — (Aug. 9, 2018) — Japanese videogame publisher, Happinet, today announced that their new real-time dungeon crawling RPG game, Haunted Dungeons: Hyakki Castle, will launch on PlayStation®4 computer entertainment system and Nintendo Switch™ simultaneously on Aug. 30 for an SRP of $13.99, €11.99, and £10.99. Haunted Dungeons: Hyakki Castle aims to deliver a fast-paced, challenging, mysterious, and suspenseful single-player RPG experience utilizing smart tactics and quick thinking to defeat enemies in real-time.
Set during the Edo Period of Japan, Haunted Dungeons: Hyakki Castle is based on the eerie and terrifying Hyakki Island, a place where prisoners are sent to live in exile. A mysterious castle suddenly appears on the island bringing a slew of creepy monsters, such as the “Yokai” of ancient Japanese literature. The island imprisons a cunning rebel mastermind who seeks to overthrow the Shogun order and assassinate its leader. Players play as four special agents of the Shogun order, specializing in Yokai and monster slaying, to investigate the island’s mysterious Hyakki Castle, and to eliminate the rebel mastermind manipulating the Island and its inhabitants.
Featuring a unique approach to the traditional real-time dungeon RPG genre, Haunted Dungeons: Hyakki Castle encourages players to split their party with its exclusive 2-party system, a feature not yet seen in real-time dungeon RPGs on consoles, making strategic fights easier. Players must use unique skills and move-sets in destroying monsters with distinctive attacks and behavior, while executing pincer attacks, flanks and more as you progress upward in the mysteries castle to defeat the rebel mastermind causing the extraordinary events on the island.
Game details:
Developed and published by Happinet, Haunted Dungeons: Hyakki Castle is scheduled to release digitally on both platforms via the PlayStation®Store and the Nintendo eShop for Nintendo Switch™ on Aug. 30, 2018. This title has been rated “T for Teen” by the ESRB (PEGI 12 in Europe).
Check out the new trailer showcasing gameplay for Haunted Dungeons: Hyakki Castle on YouTube here: https://youtu.be/qWqYnwqMZtQ
For more information, please visit the game’s website, and follow the game’s updates on Twitter.