A Huge Devolver Digital Steam Weekend Sale is On Now 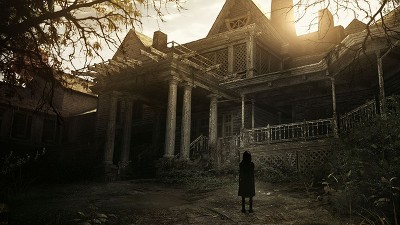 Capcom took a huge risk in 2017 with Resident Evil 7: Biohazard.

To say that the announcement of the Resident Evil 2 Remake during E3 2018 made waves across news sites and forums is an understatement.

Having been announced back in 2015, fans have speculated what the remake of the beloved horror titled could look like on current gen systems. There was a clear divide in the fanbase between wanting the more modern approach akin to Resident Evil 4 and beyond or taking the route of the 2002 remake of Resident Evil. Then Resident Evil 7 took form and once again shook up the formula of the franchise. Opting for the first person, slow burn, and visceral horror it was unanimously praised by critics and fans alike. While it garnered accolades the game did not achieve blockbuster sales of its previous entries it managed to just barely pass 5 million units sold. This was shy of the 7.1 million that it’s predecessor, Resident Evil 6 sold. This however is a mindset that Capcom is maintaining going forward with future releases.

Capcom ultimately faced their fears head on, much like players who braved the original games.

In a recent interview with GameIndustry.biz Capcom Europe COO Stuart Turner said, “We had discussions on whether we could make a game that was everything for everyone. For those guys who want tank controls and want fixed cameras… can we do that?” and highlighted the fears Capcom had over remaking such a beloved classic. Among them were the expectations fans had of what the remake entailed. Capcom Europe’s marketing director stated, “We knew there were expectations around the game, and we knew it looked great and would be a good game. But around the point of the tank controls and fixed cameras, we were worried that the fanbase would be divided. But, although there might have been some initial dissenting voices, the reaction was overwhelmingly positive.” This was in regards to the E3 2018 reveal and how Capcom was nervous prior to its showing.

Resident Evil 7 was certainly one of the boldest choices Capcom has made in recent years with handling the franchise. It was released in January and proved to be a key factor in sales for Capcom. This year’s Monster Hunter World was also another success for Capcom released in January of this year as well. A primarily handheld franchise jumping over to consoles was definitely a daunting task for the company, as it was treading new ground for a franchise that didn’t have the fanbase yet on a new console. Miraculously World achieved both praise and sales figures, making it Capcom’s best selling game to date.

With Resident Evil 2 and the revived franchise Devil May Cry receiving a fifth installment next year Capcom is looking to take a risk in current IP’s and invest in new ones when the time is right. By focusing on their core franchises and strengthening them, it could give the renowned publisher a platform to pursue new ideas and titles. Some may think that putting all their efforts into their more popular franchises is too safe a route. But by looking at their recent offerings like Resident Evil 7 and Monster Hunter World it’s clear that Capcom is willing to tinker with the formula. “We’d prefer a game that got a 9 and sold less, than got a 6 and sold more.” says Stuart Turner. Though the world of Raccoon City may be bleak, Capcom’s glimpse into their future is far from that.