Hakuoki: Edo Blossoms is a continuation of Hakuoki: Kyoto Winds, both forming a complete remaster of the original story. It stars Chizuru Yukimura, who is looking for her father who has gone missing. The setting itself was during the last years of the Tokugawa Shogunate of Japan, an era of ever-coming social change for the country. The visual novel is set to release on the Playstation Vita, on March 13th for North America, and March 16th for Europe.

This romantic visual novel will be available for the PlayStation®Vita system in both digital and a physical formats on March 13/16 (NA/EU), and is compatible with the PlayStation®TV. Each physical copy of the game also features a reversible cover sleeve with gorgeous artwork on the back side.

Check out highlights from the screenshot batch below, and download it at our press section for more! 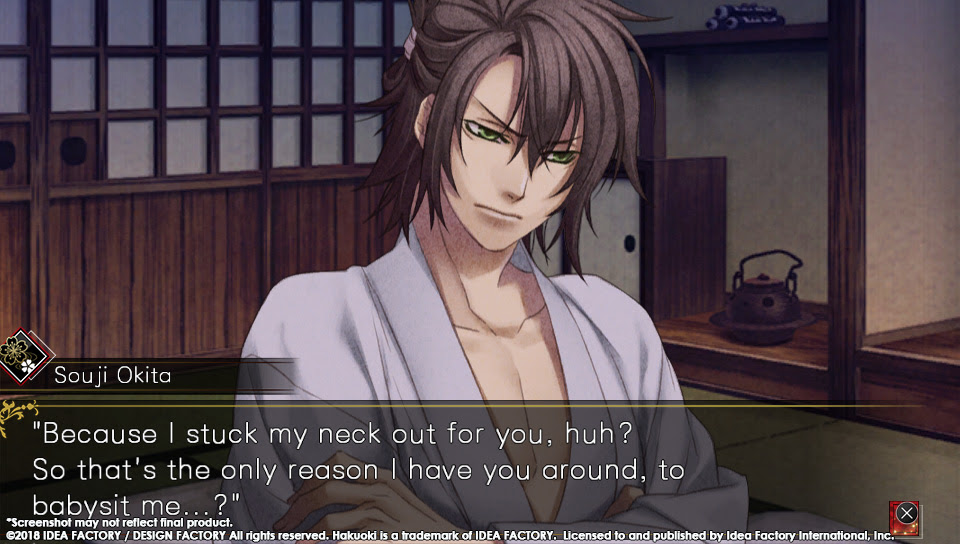 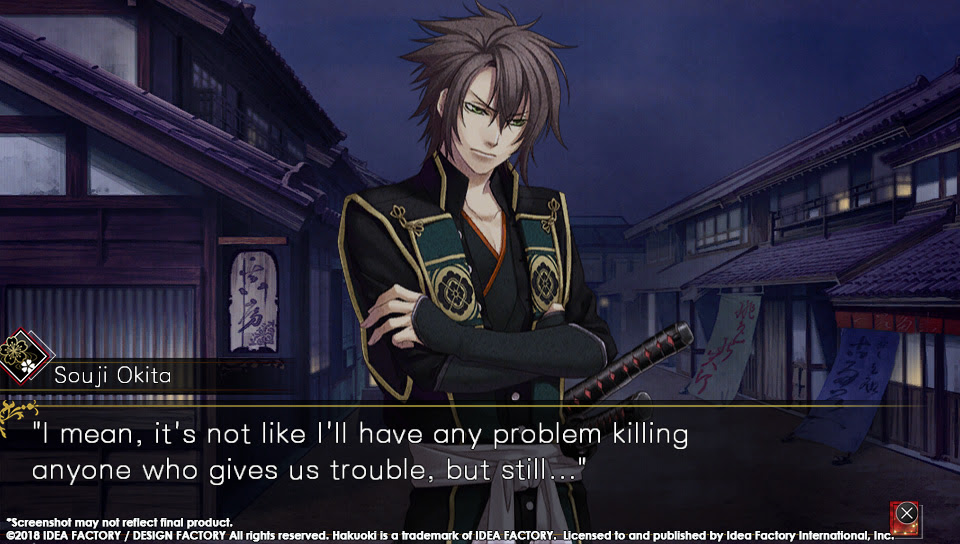 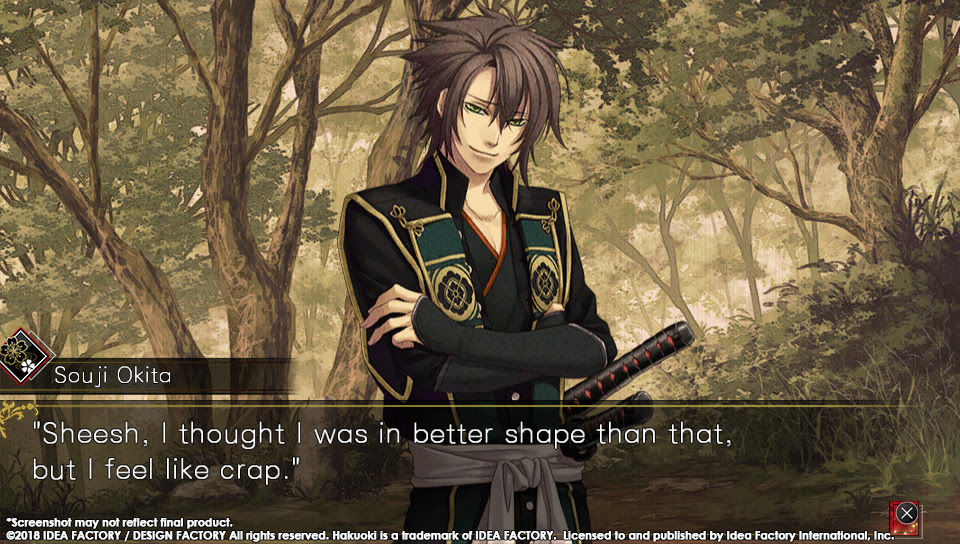 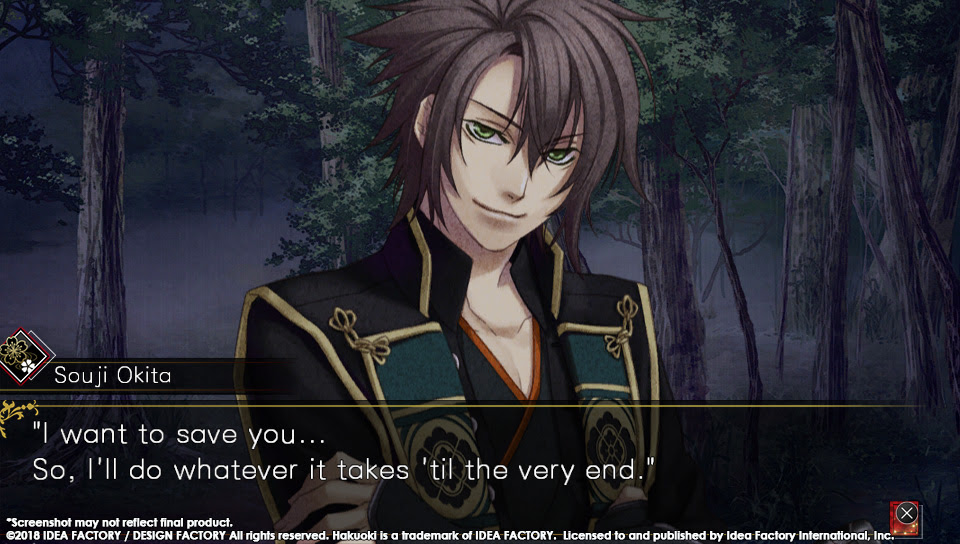 SOUJI OKITA
A wry, quick-witted swordsman who is fiercely dedicated to the Shinsengumi. He travels with Chizuru to reunite with the Shinsengumi after being bedridden with wounds sustained after the Battle of Toba-Fushimi, a battle where the Shinsengumi were forced to retreat from Kyoto to Edo. Okita’s tough exterior eventually softens, and his appreciation for a well-lived life becomes more apparent. 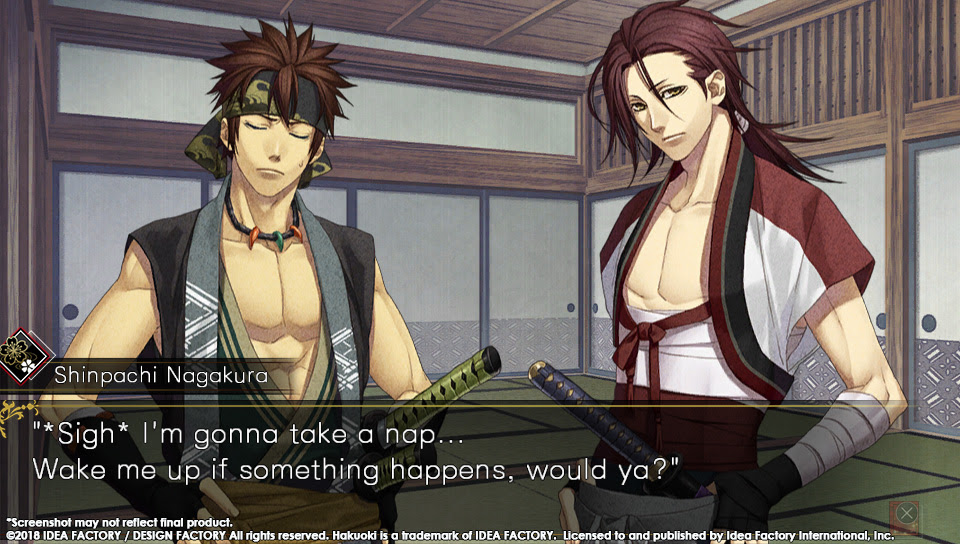 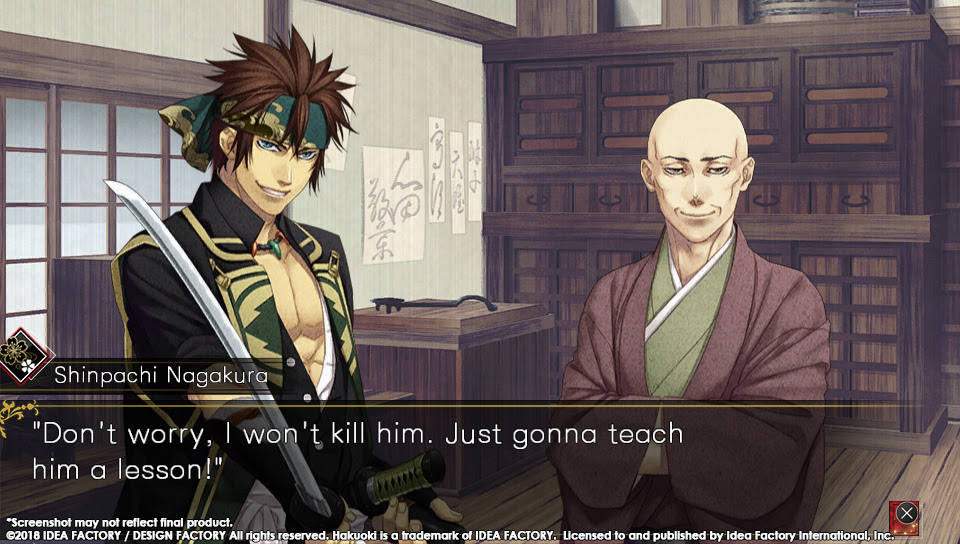 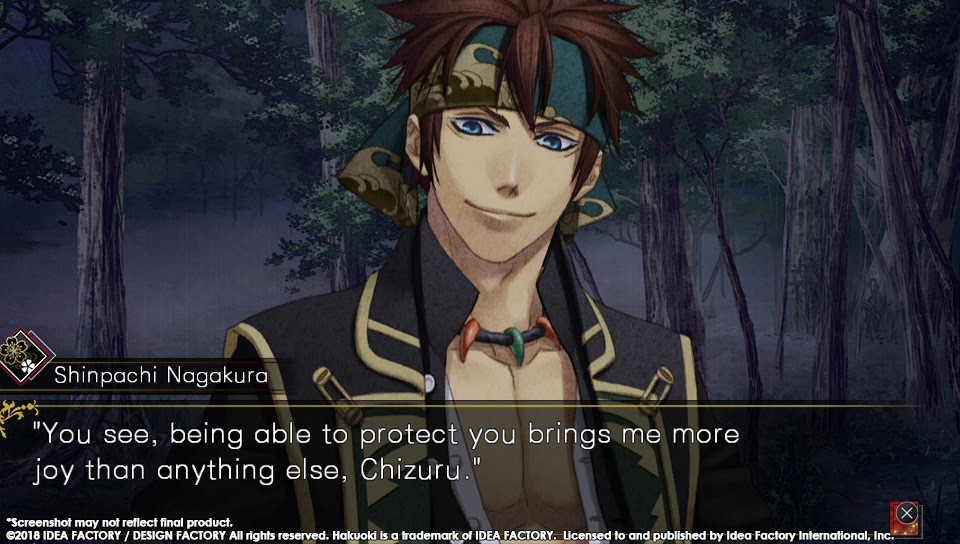 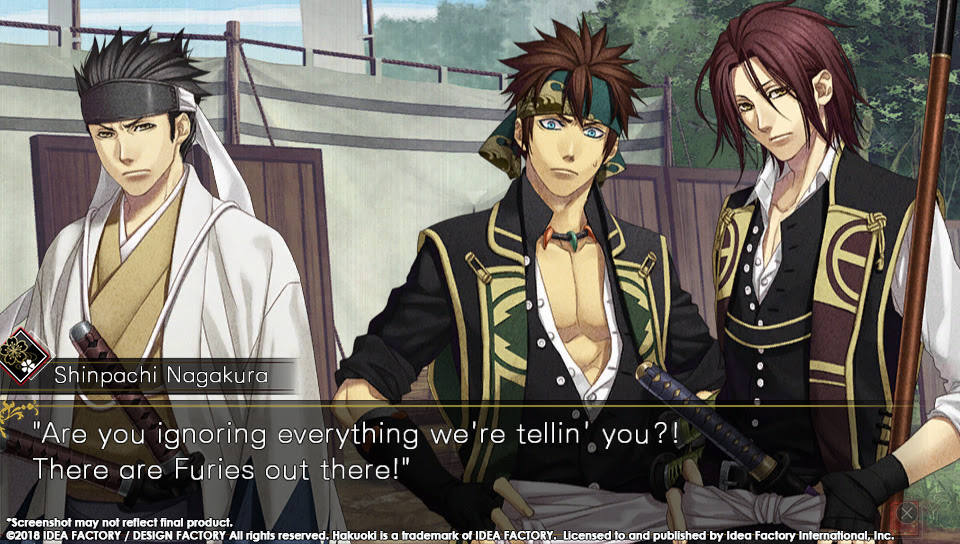 Brash, hot-headed, and impulsive. Shinpachi Nagakura is a musclehead more dedicated to his principles, rather than his loyalty to the Shinsengumi.  Nagakura is known to hang out with Sanosuke Harada in Shimabara.

This remastered telling of the beloved visual novel Hakuoki series is a continuation of the Hakuoki™: Kyoto Winds story and focuses on the story set in Edo, the second part in this two-part series. The young Chizuru, determined to find her father, will romance the famous warriors of Shinsengumi through a series of engaging stories and dramatic events. Now, experience new characters, love interests, and episodes in the world of Hakuoki: Edo Blossoms!
Story

Chizuru Yukimura travels from Edo to Kyoto in hopes of searching for her father who had mysteriously vanished. Along the way, she encountered the Shinsengumi, and spent the next four years working with them to locate her father. In 1868, the final year of the Bakumatsu Period, the Shinsengumi, with Chizuru at their side, took part in the Battle of Toba-Fushimi to decide the future of the  Tokugawa Shogunate against the rising tide of Imperial Nationalism. Unfortunately, defeat for the Shinsengumi came swiftly at the hands of the Imperial Army, and they retreated back to Edo in shame.

It was a bittersweet homecoming for both Chizuru and the warriors of the Shinsengumi, as the city of Edo resembled very little of its former self, engulfed by the harrowing winds of change that were sweeping through the country. As the Shinsengumi’s survival came under threat, they were faced with a choice: discard their principles, or give up their lives. Some of them had no such choice, and they cloaked themselves in darkness to protect the Shinsengumi’s greatest secret: the Furies.

This is a story about a girl who allies with the warriors of the Shinsengumi, who are struggling to uphold their faith in an era of rapid social change in Japan, and the fate of those who sought to resist that change…