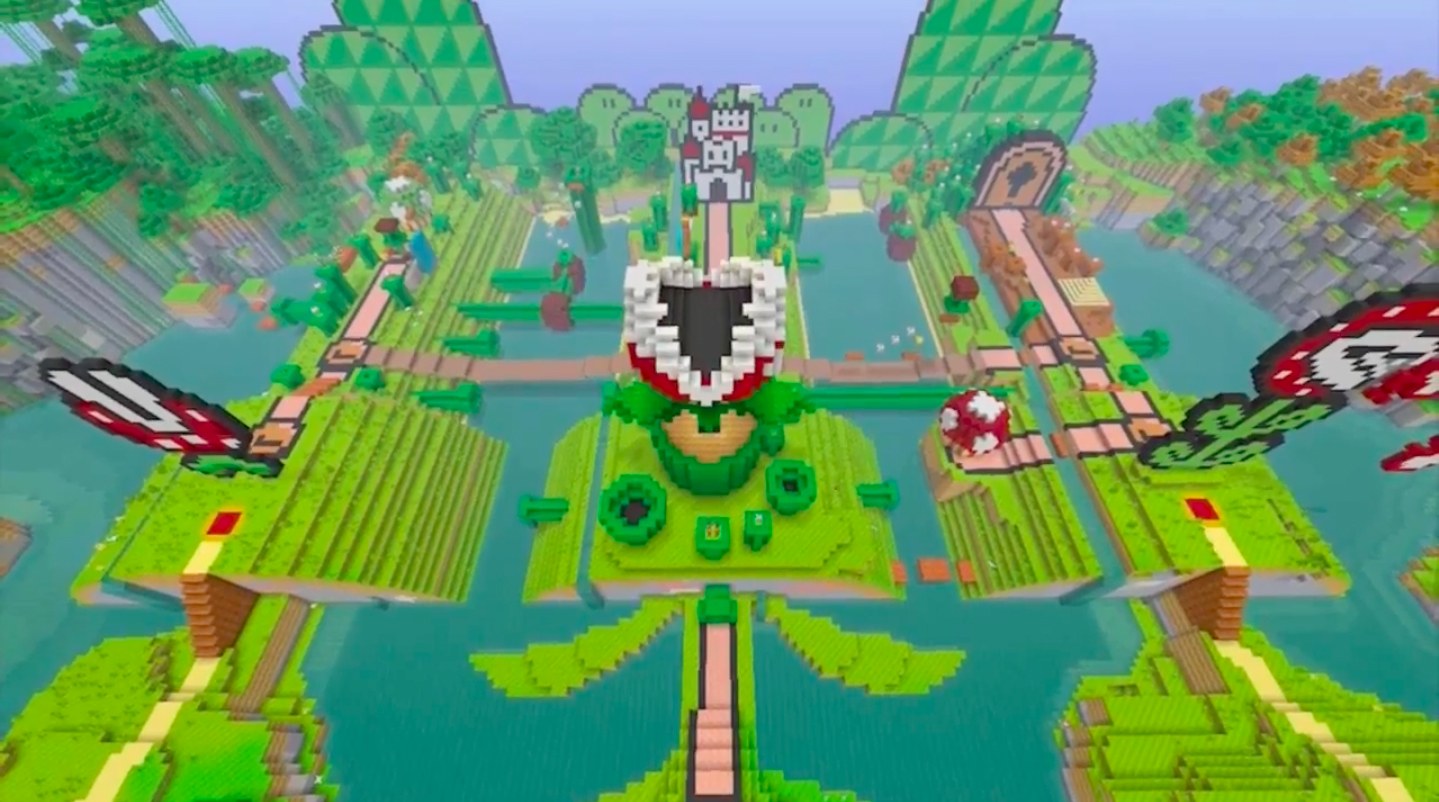 The Nintendo Switch port of the popular world-building simulator Minecraft now has a release date of May 11th. As announced in the April 12th Nintendo Direct, this edition will include the Nintendo-exclusive Super Mario Mash-Up Pack with the core game, rather than be sold as separate DLC.

The Switch port will also include 8-player online multiplayer and 4-player local multiplayer. It will launch on the Switch eShop initially, with a retail release at a later time. No word was given on pricing, although the Wii U edition currently retails for $29.99 USD for possible reference.

A genuine cultural phenomenon, Minecraft took a long time to come to a Nintendo platform. Following the game’s initial beta release in 2010, it found a home on Wii U in December 2015. In that time, Minecraft was also made available on a multitude of platforms and mobile devices.