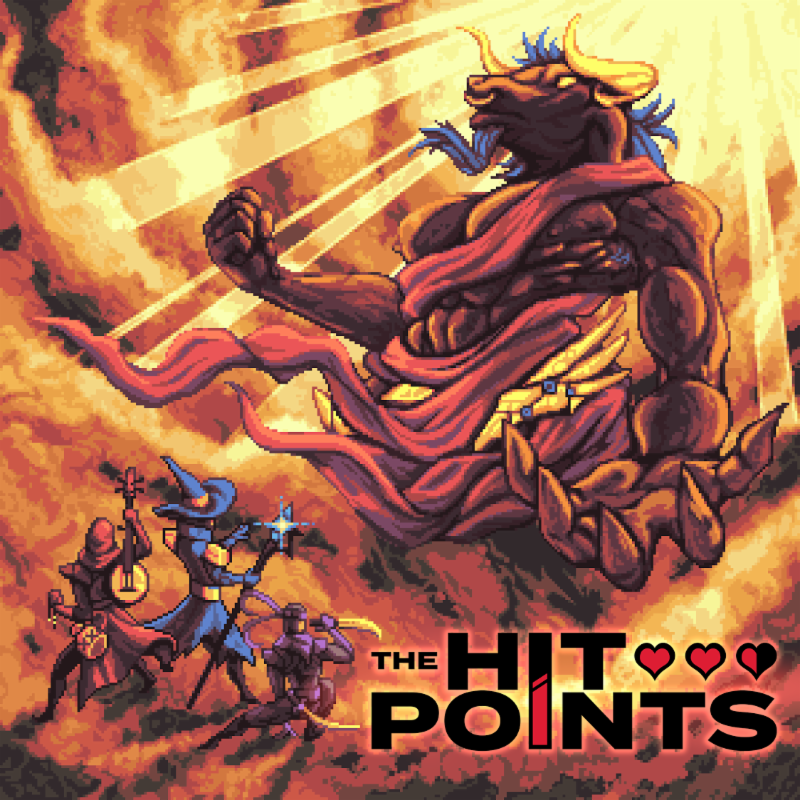 Ever wanted to hear more rural instruments in the most beloved video game soundtracks? Well The Hit Points has brought forth a new album mainly consisting of Bluegrass acoustic arrangements ranging from Final Fantasy, Chrono Trigger, and Double Dragon. Materia Collective is the main publisher of this album, self titled The Hit Points. The Hit Points are founded by Eli Bishop and Matt Menefee, where they also bring various guest artists and soloists. More details down below.

The Hit Points on Bandcamp

SEATTLE – June 29, 2018 – Materia Collective is pleased to present The Hit Points and their debut self-titled album that offers a unique blend of live high-energy bluegrass and soothing acoustic arrangements of fan-favorite videogame music. Featuring bluegrass performers Eli Bishop and Matt Menefee and a number of guest artists and soloists, The Hit Points brings listeners the bluegrass game music album they never knew they needed. The Hit Points is licensed and available today:
The Hit Points on Bandcamp
The Hit Points on iTunes
The Hit Points on Spotify
Selections come from across the entire spectrum of gaming with some of the most beloved soundtracks of all time getting special treatment. The full track list is as follows:
01.  Those Who Fight Further (Final Fantasy VII)
02.  Guile’s Theme (Street Fighter)
03.  Presentiment/Chrono Trigger (Chrono Trigger)
04.  Rocket Hideout (Pokemon Red/Blue/Yellow)
05.  Athletic Theme (Super Mario World)
06.  Green Hill Zone (Sonic the Hedgehog)
07.  Ballad of the Goddess (The Legend of Zelda: Skyward Sword)
08.  Dance of Pales (Castlevania: Symphony of the Night)
09.  Nascence/Road of Trials (Journey)
10.  Taliyah, the Stoneweaver (League of Legends)
11.  Double Dragon Theme/Mission 1 (Double Dragon)
12.  Streets of Whiterun (The Elder Scrolls V: Skyrim)
“Bluegrass was a huge part of our musical upbringings, but we’ve been continually inspired by the music in videogames,” comment The Hit Points founders Eli Bishop and Matt Menefee. “While playing videogames, it’d be common to grab an instrument and play along to the music in games like Castlevania or Pokémon. I suppose combining Bluegrass and videogame music seemed like a natural progression under those circumstances. The instruments used in a traditional bluegrass ensemble are extremely versatile and we wanted to demonstrate that by merging our passion for videogame music with those instruments to create a unique project that has never been done before.”
The Hit Points have also released their debut music video for “Ballad of the Goddesses” from The Legend of Zelda: Skyward Sword: 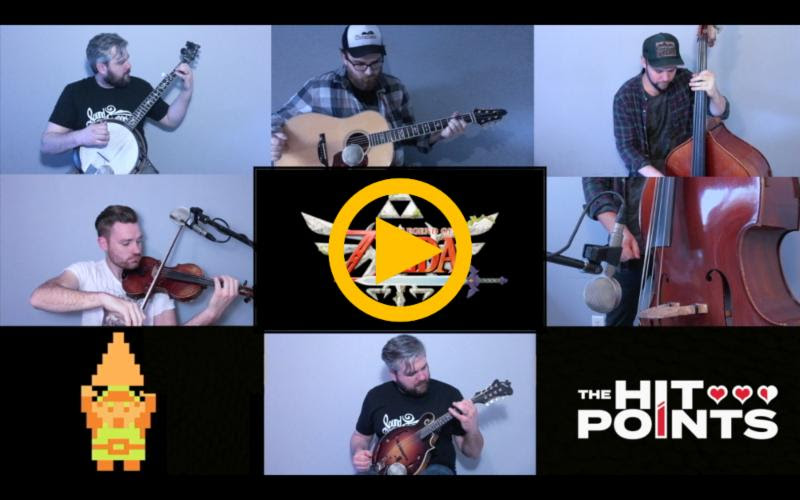 The Legend of Zelda: Skyward Sword “Ballad of the Goddesses” Music Video
About The Hit Points

The Hit Points, the brainchild of Matt Menefee and Eli Bishop, is an acoustic videogame cover band. They unconventionally merge the string band sounds of Appalachia with the 8-bit and symphonic compositions from videogames.

The Nashville duo, equipped with fiddles and banjos, conjure up a world where you can almost hear bluegrass titans such as Flatt and Scruggs swap a nine pound hammer for a beam sword. Their live performances have won them world wide renown and standing ovations on stages such as the Ryman and Jazz at Lincoln Center. They have performed, recorded and collaborated separately with acts like Wynton Marsalis, The Video Game Orchestra, Dan Auerbach of the Black Keys, Bela Fleck, Bruce Hornsby Charlie Peacock, Austin Wintory, Warren Haynes (of the Allman Brothers, Gov’t Mule), Steve Cropper, Jerry Douglas, Matthew Wilder, Mumford and Sons, DJ Poet, Brendan Benson (of the Raconteurs) and more.

The Hit Points celebrate the youthful experience of vegging out for hours attempting to help Super Mario ‘find the princess’ or the Belmont Family keep Dracula and his dark forces at bay while never compromising on the in-depth arrangements that these videogame soundtracks demand.

Follow The Hit Points on Twitter, Facebook, and YouTube
About Materia Collective
Materia Collective is a Seattle-based videogame music publisher and label, representing an international array of renowned video game musicians, composers, and songwriters. The collective supports its members with the financial, legal, logistical, and creative aspects of bringing videogame music into the forefront. The company has become known within the industry as a representation of highly innovative game music endeavors that move and inspire.
Learn more: http://www.materiacollective.com
Follow Materia Collective on Twitter, Facebook, YouTube and SoundCloud