Psychedelica of the Ashen Hawk Lands in Retail

Psychedelica of the Ashen Hawk, a suspenseful otome by Idea Factory and published by Aksys Games, has had a launch announcement today. It is for the PlayStation Vita, where it is the final title for the Summer of Mystery games. It will include an oversized 3″ x 4.5″ collectible character card set. Purchasing all three titles also allows the ability to receive an exclusive set of enamel pins.

The story revolves around a young woman whose eye gleams with a scarlet light. To avoid being put under trial as a witch, she lives in a derelict tower and poses as a boy. A mysterious relic is stolen from the church one day however, where she learns that magic stones exist, holding the secrets of her origins. More release information down below.

Psychedelica of the Ashen Hawk Swoops into Retail

Torrance, Calif. — June 29, 2018 — Aksys Games today announced the launch of Psychedelica of the Ashen Hawk, a new interactive fiction title for the PlayStation®Vita system. This visually stunning, mystical romance from Otomate (Idea Factory) is the final title in a trio of otome (interactive fiction) titles released this summer which include an oversized 3” x 4.5” collectible character card set inside the game case. Fans who purchase all three titles can receive an exclusive set of enamel pins. 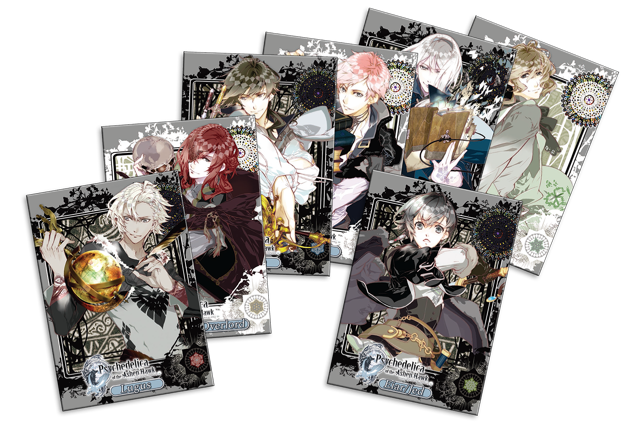 Psychedelica of the Ashen Hawk is the suspense-filled tale of a young woman who was born with an eye that gleams with a scarlet light. In order to avoid being persecuted as a witch, she masquerades as a boy and lives in a derelict tower on the outskirts of town. One day a mysterious relic is stolen from the church, and our heroine discovers that not only do magic stones exist and are hidden within the city, but also the secret of her origins.
From creepy towns to shadowy mansions and ancient feuds, each of the three “Summer of Mystery” games feature suspenseful storylines and include a premium set of oversized character cards. Customers who purchase either physical or digital copies of the designated titles may email their receipts to get an exclusive set of collector pins. Only 1,000 sets of the enamel collector pins will be made, and are available on a first come, first served basis to US residents only between April 27 and July 31, 2018, or until supplies run out. A small shipping and handling charge will be applied, and pins begin shipping on July 1, not before. The promotion applies only to newly-purchased copies of the games, not used, and a final purchase receipt must be submitted, not pre-order receipts. 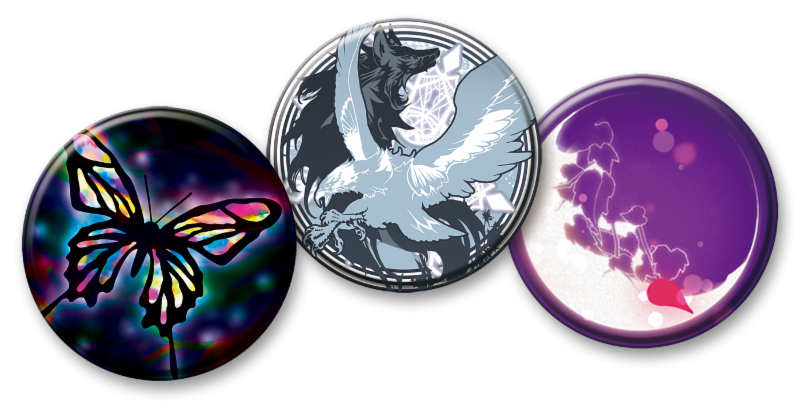 Visit http://aksysgames.com/summerofmystery/ for more information and follow the Summer of Mystery on @aksysgames to keep up with all the latest news.
Psychedelica of the Ashen Hawk has been rated ‘T’ for Teen by the Entertainment Software Ratings Board (ESRB).
About Aksys Games
Founded in 2006 in Torrance, California, Aksys Games Localization, Inc. is a visionary video game publisher committed to publishing unique and high-quality interactive content for all current-generation platforms. Its lineup of games includes the critically acclaimed Zero Escape series (Nine Hours, Nine Persons, Nine Doors, Virtue’s Last Reward, Zero Time Dilemma) as well as the wildly successful BlazBlue and Guilty Gear franchises. More information about Aksys Games and its unique products can be found on the company’s website, www.aksysgames.com.