For Tiny Metal, a content update has been made available with various forms of new content. Patch 1.0.10 brings all-new skirmish maps, expanded Metalpedia entries, and unit balancing. The game is currently available on Steam, PS4, and Nintendo Switch, the update available for all platforms. Map examples include “Split Fire”, “Sea of Trees,” and “Abandoned Park”, all with their unique challenges and flash points. The Metalpedia now has more information on supreme Hero Units. More details found below.

AREA 35, Inc. follows up a successful launch on Nintendo Switch with FREE content update for players

TOKYO – January 29, 2018 – Videogame developer AREA 35, Inc. is pleased to make available its latest TINY METAL content update with all-new skirmish maps, fleshed out Metalpedia entries, and unit balancing to put fans back into the thick of battle to command their units to victory. TINY METAL is currently available on Steam, PlayStation®4, and Nintendo Switch™, with today’s updates now available on all platforms.
TINY METAL on Steam
TINY METAL on the PlayStation Store
TINY METAL on the Nintendo Switch eShop
New maps include “Split Fire,” “Sea of Trees,” and “Abandoned Park.” Each map offers its own unique challenges and flash points to keep players on their toes and test their skills. TINY METAL’s in-game lore compendium, the Metalpedia, is also updated with additional information regarding the supreme Hero Units. Finally, various changes have been made to units, buildings, and general campaign difficulty to allow for a more balanced and rewarding gameplay experience. Fans who’ve completed the game and are working through the merciless “New Game +” mode may find that the updates change the tides in their favor!
TINY METAL Patch 1.0.10 Update Trailer
“When we first set out to create TINY METAL over a year ago, we were just a small group of experienced Japanese game developers with dreams of playing another Advance Wars-type strategy game,” reflects AREA 35 Director Hiroaki Yura. “And now that TINY METAL has been released, we’re dedicated to making it the best experience possible with Patch 1.0.10, and look forward to implementing your continued feedback as we march towards our multiplayer update.”
Developed by AREA 35, Inc. and published by Sony Music Entertainment’s new videogame publisher arm, UNTIES, TINY METAL blasts onto the scene as the spiritual successor to Advance Wars that fans have been waiting for. Players will command over 15 different unit types alongside all-powerful Hero Units over the course of a 20-hour campaign that explores political and personal intrigue with a memorable cast of hand-drawn and fully voiced characters. Plus, blow things up with Metals (TINY METAL’s term for tanks)!
Previous patch updates can be viewed here: TINY METAL Update Log on Steam 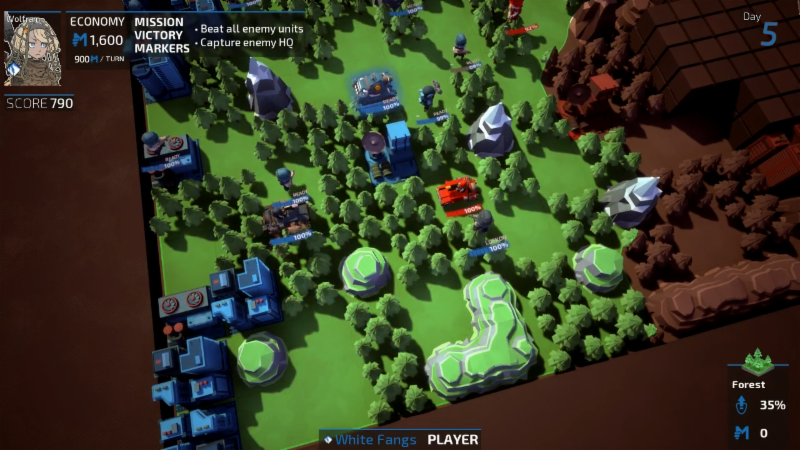 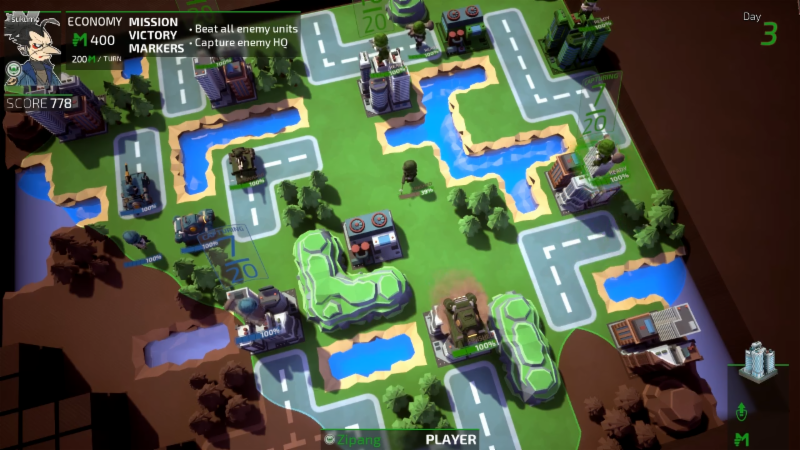 * Campaign: Guide Lt. Nathan Gries and his Artemisian forces as he struggles with the question of what is — and what isn’t — worth fighting for in a 20-hour campaign full of unique characters.

* Skirmish: Dozens of additional challenging scenarios and maps where you jump straight into the action!

* New Game +: Once you navigate through TINY METAL’s campaign, it’s time to ratchet up the difficulty in New Game + mode!

* 15 units: From basic Riflemen to the fearsome tanks called Metals, a deep collection of units have their own unique strengths and weakness, and rank up with experience on the battlefield!

* Hero Units: More powerful versions of the 15 units that can join the battle and rank up, AND carry over from mission to mission!

Learn more on the official TINY METAL website: http://tinymetal.com
Fans can also follow TINY METAL on social media for news and more!
Twitter: https://twitter.com/tinymetalgame
Facebook: https://www.facebook.com/tinymetalgame/
About AREA 35, Inc.:
AREA 35, Inc. is a team of veteran videogame developers from Japan with a passion for games. Having worked together since 2012, the individual team members formed AREA 35, Inc. in 2016 and started developing their first game, TINY METAL, which is now available on Steam, PlayStation 4, and Nintendo Switch. Their philosophy: games should be fun, and players should feel fulfilled while playing. AREA 35, Inc. aims to prove that the craft of game making in Japan is not dead and to usher in a second golden age of Japanese videogames. To learn more about AREA 35, Inc. please visit http://area35east.com.